If the Olympic Committee added “people watching” to the roster for the Tokyo Games, I believe I could make my country proud by at least reaching the podium. This past weekend, I had the chance to put my skills to the test as I travelled from Nashville to London to attend UCL.

Though I was excited to study in a foreign country, I remained reticent to abandon the luxuries of living in America. Thankfully, any reservations I had about getting away from the States were temporarily erased by what I saw unfold while waiting for my connecting flight.

Sitting with her back to me across an aisle of faux leather chairs, a short-haired woman screeched into her cell phone: “You’re going to die in prison!” In between gulps of beer, she shouted violently, drawing the attention of the entire gate. It was not yet eleven in the morning.

“Well, this is a lovely start to the trip,” I thought. “And look at that, she’s on my flight!”

Not wishing to hear any more of her tirade that now included accusations of rape, murder, and abuse, I decided to find peace at a different gate. When I returned, her once isolated tirade had evolved to threats against a group of innocent victims.

Turning her attention from her iPhone to a Muslim family of six, the woman launched derogatory and racist comments toward these harmless travellers. Among the family were an elderly man, his wife, his son, and his son’s three daughters. The son busied himself in collecting his family’s passports and sorting through the various tickets and identification forms he was storing in a pack against his waist. Was this fatherly gesture the horrible offense that caused the woman to blame him and his family for, among other things, the 9/11 attacks, the Boston Bombing, and the killing of “her people.”

An older American couple demanded that the woman leave and made the admirable gesture of sitting on either side of the family to offer protection. I can say with confidence that their efforts to comfort and protect the family are among the most honorable actions I have witnessed.

Though the woman moved seats, her barrage of pathetic racist tropes and uncreative slander continued. In fact, she shouted louder to ensure her voice would carry throughout the gate.

By now, I had alerted airport security. After informing them of the situation, I returned to see the family smiling happily alongside the older couple. Four police officers had corralled the hysterical woman by the wall opposite the gate and taken away her ticket. Her wailing increased until she had to be physically restrained. She would not be welcomed aboard the airplane but to a holding cell where she would be forced to change her flight.

I do not mean to sound melodramatic when I say that I experienced the United States’ best and worst before my departure. In less than thirty minutes, I witnessed an individual with no appreciation for her country or its values accost a family of first-generation Americans enjoying their new country’s freedoms. Defending them were a pair of fellow citizens who did not cower to this lone voice but instead risked being abused themselves to protect a family’s right to not be verbally abused.

I refuse, however, to compare the actions of this lone woman to the attitudes found in the United States or, more cynically, to every American who matches her in race or sex. The woman’s actions were neither the side effect of supporting a presidential candidate nor did they contain any rational ties to an agenda. Her efforts were fueled instead by alcohol, and, I would not be surprised to discover, some degree of mental breakdown.

Maybe if I were Ta-Nehisi Coates or Ibram X. Kendi, I would store this anecdote in my brain to use as an indictment of American society in twenty years. But this would ultimately be a fallacy. It would reject all evidence that this woman’s tirade was motivated, not by politics, but by psychological distress. As per usual, there are those who would attempt to tie this event to some unspecified claim about the rise of racism in “Trump’s America.” Enough with such nonsense. Instead, I saw the confrontation for what it was – a single instance of bravery conquering a single instance of hatred.

So, jetting away from the United States and from a presidential election that will inevitably cause even more tension and hatred between Americans – I felt optimistic. Perhaps by the time I return, common decency will have won even more small victories against such pathetic ignorance. Now, I don’t know about you, but I would prefer to leave my home country with a feeling of reinvigorated admiration rather than an extended middle finger. 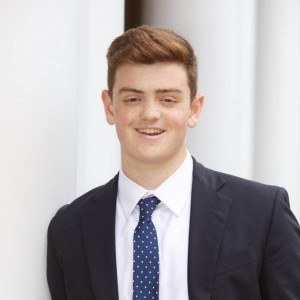