Little over six years ago, the Union was in safe hands. The people of Scotland voted “No” to independence by 2,001,926 to 1,617,989. But now Britons would be forgiven for thinking that the 313-year old Union between England and Scotland is on the irreversible path of collapse.

The divisive campaign of 2014 separated the people of Scotland into two distinct camps and, most importantly (one of the Scottish National Party’s greatest successes), caused a noticeable rift between those north and south of Berwick-upon-Tweed.

Such a rift has continued amid the ongoing pandemic, and while the governments in Westminster, Holyrood, Stormont and Cardiff Bay have dealt with Covid-19 in remarkably similar ways, the distinctly devolved reactions have highlighted a clear-cut divide among the electorate.

To the surprise of Unionists, despite Whitehall-funded assistance, support for independence has grown and stabilised throughout the pandemic. Since the imposition of lockdown in mid-March, the “No” vote has led “Yes” in just one opinion poll and witnessed its support dwindle from 51 per cent to just 45 per cent – a complete reversal to what they obtained in September of 2014.

Unionists are staring down the barrel of another titanic electoral challenge in 2021. The delayed Holyrood election is little over 200-days away and the Scottish First Minister, Nicola Sturgeon, has already made it clear that her party will be standing on a key manifesto pledge – to hold a second independence referendum.

If the SNP romp to victory next May, something that almost all recent opinion polls suggest will happen, then be in little doubt that Sturgeon will demand a referendum and request Boris Johnson to approve of a section 30 order to hold such a vote.

In an interview with Times Radio, the former occupant of Number 10 and the man who oversaw the victory in 2014, David Cameron, told Matthew Chorley that his former colleague and Eton and Oxford contemporary, Boris Johnson, should reject any demand for a second independence vote.

Cameron added that he had offered the then First Minister, Alex Salmond, “a once in a generation, once in a lifetime referendum” and now suggested that the Prime Minister told Salmond’s successor that “we had a referendum, we decided that [Scotland remains], now let’s look at ways we can make this United Kingdom work better.”

While Johnson echoed Cameron’s advice in his Wednesday meeting at the Commons Liaison Committee, I fear that it would be a terrible mistake for Boris Johnson’s government to follow such a path. This would prolong and worsen the growing constitutional crisis in the Celtic corners of our United Kingdom.

The civil war that Brexit created and the growth of those demanding a second referendum on the nation’s membership of the European Union has normalised the demand for a second independence referendum and has made it almost politically impossible for the Prime Minister to deny the people of Scotland a referendum.

For Johnson to deny such a vote would only fuel more discontent and anger north of the border and help nationalists portray Westminster as forcing a muzzle over the rampant lion of Scotland – a tactic that may force floating voters into the “Yes” camp.

If, however, Scotland goes to the polls again then voters’ minds would focus on the intricate details of this debate. The SNP would be forced to come clean on what currency an independent Scotland would use and the potential construction of 21st century Hadrian’s wall that would introduce costly restrictions to Scotland’s trade.

Polls already suggest that when the Scots consider these uncertainties they reject the notion of independence by 56 per cent to 44 per cent in favour – a marginally greater level of victory than what the “No” campaign obtained in 2014.

And as James Forsyth argued in The Spectator, the government can take precautionary measures to protect the Union. Central to this will be negotiating the terms of “Scexit” before the Commons legislate on a second referendum.

Such negotiations can enable the country to see how the unravelling of a 313-year old Union is even more complex and challenging than untying the UK’s links to the European Union.

Additionally, Michael Gove and George Galloway have flirted with the idea of allowing around 850,000 expats living in England, Wales and Northern Ireland the opportunity to help decide the future on a constitutional issue that will affect their sense of identity as much as anyone else. Such a move may help to bolster support for the Union.

So, what do Conservatives need to do to prevent the unravelling of the United Kingdom?

First, the Tory Party must do its utmost to prevent the SNP winning a majority of seats in Holyrood next May. If successful, then Boris Johnson will be free, at least until 2025, to close down the debate on Scottish independence.

But if this fails, which given the split in the Unionist vote and current opinion polls is more than likely, and Nicola Sturgeon holds the keys of power in Edinburgh, then Boris Johnson should accept the First Minister’s request to hold a second referendum.

Ignoring an SNP majority would ensure that “Scexit” dominates the nation’s political discourse to such an extent that support for separatism, both in Scotland and surprisingly in England, will grow exponentially. If Boris can play his cards right then, unlike David Cameron, this government will have the opportunity to kill off the independence debate once and for all. 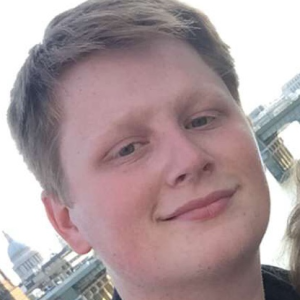