I would like to begin this piece by expressing my love for Chinese culture and history.  Whether that be my admiration of the Qing Dynasty or the fulfilment felt after a succulent Chinese takeaway. It is certainly not this China where my quarrels lie. No, my beef is directed towards something much more sinister; the Peoples Republic of China and the Chinese Communist Party to which it serves. More specifically its so-called General Secretary Winnie the Pooh (Xi Xing Ping) and his band of merry clapping men.

While it is to my endless enjoyment that the West is finally unmasking the state for the Scooby-Doo like villain it truly is, we must do more to battle this Evil Empire. If it’s not the consistent human rights abuses committed against its own people which repulses you, how about its persistent violation of the international community? What about the countless lives lost at the hands of the recent Coronavirus coverup? What about decades of economic manipulation? What about the very real threats now posed against the rights and freedoms of the Hong Kong people? It is now, more than ever, the time to stand up to Communist China and the Red Dragon rapped around our exposed neck.

If you think China is some sort of socialist utopia of technological advancement and untold equality, think again.  For under the CCP, China has become a draconian authoritarian surveillance state which seems to be a direct adaptation of Orwell’s 1984. This is best demonstrated by the countries new flagship social credit system, where points can be rewarded and deducted on the basis of your social behaviour. Negative social behaviour is categorised as; purchasing too many video games, smoking, and the posting of “fake news.” I have a feeling they aren’t talking about CNN… A low score can land you in some pretty murky waters. Whether that be restrictions on travel, the barring of your children from top schools, or the removal of your pet dog. This is a puritanical system of social ostracisation which helps only the most loyal party members maintain their positions of power. Not even Cromwell could think that one up.

However, it is the province of Xinjiang, home to a Turkic speaking Muslim minority of Uyghurs, where Communist Party rule truly holds the whip hand. An estimated one million Uyghurs are now believed to be interned in so-called “re-education camps” and state surveillance takes precedence across the province. The blatant cultural genocide taking place in Xinjiang is truly shocking. Many Uyghurs are forced to denounce their religion. Ancient mosques are often closed or bulldozed on a scale not dissimilar to the archaeological cleansing committed by Islamic State in Iraq and Syria. Han Chinese are forced to migrate to the province in order to racially dilute the native population. What the CCP has created in Xinjiang and across China is a nightmare state where any attempt to avoid the regimes omnipresence is met with the savage satanic oratory of Mao’s little red book.

Nonetheless, I will concede that the despotic nature of the Chinese government does not warrant the need for international intervention or regime change as history plays tribute to the ills of such action. However, the buck stops when that same regime begins to encroach on the lives of those outside of its jurisdiction. For decades China has drained the economies of the West through currency manipulation, unfair trading practices, and infamous Intellectual Property violations which help serve the sub-standard Chinese car industry. While consumers and Western governments may be tempted by the profitable trinkets that China has to offer, one must realise that this aforementioned dystopia is a cautionary tale of what Chinese economic and technological dependency could look like.

Do we really want Huawei, an effectively state run technology company, to have major access to our 5G network? Do you really think we can supposedly wall off parts of our network from the largest surveillance state in the world? What happens when countries like Italy cant repay their Chinese overlords for their generous infrastructure investments? Would it really be beyond the Party heads in Beijing to enquire upon a prospective Chinese naval base perched on the banks of Trieste? We would have considered it lunacy to be economically dependent on the Soviet Union, so why do we feel compelled to be so reliant on a state which makes the USSR look like a socialist utopia?

Before you start accusing me of wild assumptions and over exaggeration, consider the untold economic damage and countless lives already lost as a result of the Coronavirus crisis. A crisis which started with a malicious cover-up orchestrated by the Chinese Communist Party. The silencing of Doctor Li Wenliang, who had warned colleagues about the virus as early as January, and who subsequently passed away from the disease, is testament to this dark reality. Moreover, Chinese financial power over the WHO has meant that, while China received endless praise for its response to the virus, the organisation was late to declare a pandemic and ridiculed those calling for restrictions on international travel. One could only imagine the numerous lives saved if the WHO had instead listened to Taiwan, a country which was warning about human-to-human transmission of the virus weeks before the CCP conceded to this.

Conversely, let us not ignore the rather large flying rodent in the room. It is evident that the Chinese state-sponsored wildlife trade, and the medieval hygiene standards of the wet markets which facilitate it, are the foremost cause of the pandemic. So please excuse me if I cannot endorse the Communist Party elite who engorge themselves on the carcasses of endangered species while the majority of their population is left to die as a result of their exotic pallet. To quote now incarcerated Chinese academic Xu Zhangrun, the spread of the Coronavirus ultimately comes down to the “rotten core of the Chinese government”.

This all pales in comparison to the current threat the regime now poses to the rights and freedoms of the Hong Kong people. With Winnie the Pooh and everyone’s least favourite step mum, Hong Kong Chief Exec Carrie Lam, conspiring together to strip away the democratic identity of the city, it is no surprise its streets have been carpeted with protest. After Beijing’s failure to implement a draconian extradition bill on Hong Kong last year, it appears the CCP have now used the opportunity of Covid-19 to impose an even more authoritarian “National Security Law.” The law, which was passed at the end of June, is said to ban “sedition, secession and subversion.” Many fear this will result in extradition to the mainland, mass arrest of protesters, and a silencing of free speech. Martin Lee, a former legislator who is considered to be the father of Hong Kong’s democracy, went so far as to claim that it wouldn’t be long until they started putting people into concentration camps like Xinjiang.

Yet why should this be of any concern to us? As a former British colony, Hong Kong was guaranteed 50 years of high autonomy within a framework known as “One country, two systems”. The Joint Declaration, which was signed by both Britain and China at the handover of the city in 1997, had enshrined into law the protected status of Hong Kong as a democracy. For Beijing to now impose its will over Hong Kong would be a violation of that agreement and a blatant disregard for international law. Britain must be the gate keepers of Hong Kong’s autonomous identity if it wishes to retain its status as a respected international player who fulfils its contractual obligations and defends the principles of liberal democracy. To ignore that duty would be a shameful echo of the appeasement which allowed Hitler’s takeover of the Sudetenland in 1938.

I am, nevertheless, pleased to see righteous and confident stances being taken by governments across the West in opposing this despotic regime. Notably; Trump’s trade war, Australia’s new national security test for foreign investment, and Britain’s decision to offer a path of citizenship to Hong Kong residents. However, more must be done. Britain should immediately heed its allies’ advice and deny Huawei access to new 5G infrastructure. The West should stand with America in calling for major reform of the WHO and compensation from China for the Coronavirus cover-up. Most importantly, Britain needs to lead the way in defending Hong Kong, so that the sound of jackboots are never heard marching down its hallowed streets. Just as St George lanced the dragon in Silene, Britain and the West must now lance the Red Dragon in Beijing. 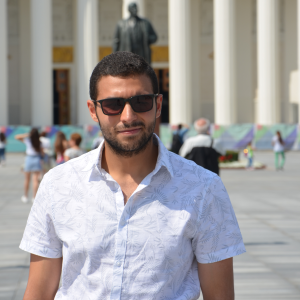 What’s so bad about Big Brother?

The future of US hegemony: realpolitik and the rise of a multipolar world