On June 4th, the Pinsker Centre and the S&P Sephardi Community co-hosted a webinar to discuss fighting intolerance and anti-Semitism. It was moderated by the Professor of Political Science at UCL, Dr Melanie Garson, who specialises in international conflict resolution. They were joined by Elan Carr, the US Special Envoy to monitor and combat Anti-Semitism (SEAS). A veteran of the Iraq War, he had advised the Iraqi government on creating a sustainable judiciary after Saddam Hussein had been toppled and now works on US initiatives to curb the spread of anti-Semitism worldwide. His scopic experience of opposing discriminatory speech and behaviour makes him an inspiration for the Pinsker Centre, and his comments proved extremely insightful that evening.

As Dr Garson has pointed out, last year registered a 18% rise in cases of global anti-Semitism, according to the Tel Aviv-based Kantor Centre for the Study of Contemporary European Jewry. Worse still, many of these incidents were violent, demonstrating the relevance of Carr’s work today and dictating the need to tackle the issue urgently. In response, Carr agreed on the urgency of this issue, but mentioned several ostensible signs of progress in the US. He highlighted Trump’s signing of the Executive Order targeting anti-Israel boycotts and other manifestations of anti-Semitism on university campuses. Thus, the Civil Rights Act of 1964 now applies to the Jewish community insofar as the Education Department may withhold funds from colleges or education programmes it thinks involved in anti-Semitic practices.

Elaborating on his responsibilities, Carr commented that his purview does not end with the United States and perceives this as a more effective way of addressing the problem. After all, most hatred is distributed online, and thus transcends borders. Likewise, he revealed his amazement at how pervasive the efforts to combat anti-Semitism are. When starting his job, he was impressed by plenty of non-Jewish activists and groups that vehemently criticised anti-Semitism and knew just how dangerous leaving it unchecked could be. In the UK, for instance, he has been fortunate to partner with Lord Eric Pickles. Unlike in the 1930s, the Jewish people are not alone this time, he continued, as such “we can really roll this back”.

Garson and Carr subsequently proceeded to review the role played by misinformation in guaranteeing the lamentable durability and insatiability of anti-Semitism. As the former mentioned, even irrelevant topics such as the coronavirus pandemic have prompted some internet users to blame the Jews and the Israeli state for supposedly profiting from it. Answering her question on how best to stop this fake news, Carr argued that the idea of blaming the Jews for the global maladies itself is as old as Methuselah: we have seen it with the fourteenth-century bubonic plague in Europe and with the economic downturn in the Weimar Republic. No matter how Jew hatred manifests itself, it is still the same hatred, emanating from the same sources – the far-right, the far-left, and the Islamic fundamentalists. Therefore, one must deal with it accordingly.

Carr continued by outlining a twofold approach to combatting the proliferation of such rhetoric. Firstly, one must fight specific forms of anti-Semitism, whether it means holding internet users accountable for the hateful propaganda they spread or protecting the Jewish communities physically. Moreover, it befits us to adopt a universal definition of anti-Semitism, building on the work of the International Holocaust Remembrance Alliance that has already been formulating a working definition and recording its physical expressions. Secondly, seeing that one cannot win any struggle without going on the offensive, it is incumbent that we propound an alternative to this virulent rhetoric. It should not be a homonymous, structureless idea of tolerance, but a coherent notion of philo-Semitism: recognising the Jewish people’s contribution to history. Its introduction into the public discourse should take the form of commemorative events, such as the planned celebration of the 1700 years of Jewish history in Germany, and studying Jewish heritage and weltanschauung in schools to make children appreciate and understand it.

In addition, philo-Semitism should focus on persuading people that fighting what anti-Semitism is in society’s interest. According to Carr, anti-Semitism constitutes a “barometer of societal wellbeing”; it originates during social upheaval, political instability, and economic uncertainty. For instance, the riots across the US have resulted in the desecration of the Los Angeles Beth El Synagogue, where vandals have spray-painted “Free Palestine”. This, the speaker purported, vindicates the nexus between radical insurrectionist movements, including ANTIFA, which share a desire to destroy cultural heritage, and anti-Zionism, and therefore, anti-Semitism.

Misinformation only exists because humans have become weary of information’s veracity. This social trend is driving our society towards a state of shallow factionalism. Carr attributed the emergence of this dire phenomenon to the overload of information in society and the resulting perception of the world through the prism of nihilism. Resolving this should start with a return to the basics, to what we know to be true, the values that shape countries and societies. Philo-Semitism is but one part of this process, designed to construct a framework for humans to interpret the data they receive more effectively in the long run.

Garson also asked the American civil servant about his experience in Iraq, specifically whether he found any time to investigate the Iraqi Jewish situation during his mission. As a descendant of Iraqi Jews, Carr admitted that spending time in the country of his ancestors was “a deeply moving experience”. Although he naturally had to be careful of disclosing his Jewish identity, he was surprised by the conversations he had on the streets of Baghdad. Whilst strolling through a market in the city’s old quarter, which used to be Jewish, he spoke to antique vendors proudly selling Jewish silver and copper work, manufactured in the area a long time ago. They lamented the exodus of the local Jewish community, often reminiscing of the personal ties they or their relatives used to have to its members. On another occasion, a Muslim qadi told Carr that Iraq and Israel should have good relations: it makes no sense for them to be enemies in the absence of any disputes between their populations.

However, overcoming institutional resistance poses a much greater challenge than fighting extremism; championing a philo-Semitic narrative may encourage opposition on the grounds that it singles out the Jewish people. In Carr’s view, nothing should stop us from celebrating our communities’ achievements. Nor should we stop condemning those seeking to stoke public animosity towards them, not even on the grounds of free speech. This is because free speech does not protect from condemnation, and all anti-Semitism must thence be condemned. In this regard, Carr professed his pride for the British Jewry that responded to Labour Party’s toying with anti-Semitic forces. The UK Jews organised several “Enough is Enough” rallies, whilst also castigating the Labour leadership in many a periodical.

With the first part of the webinar over, the audience had the chance to ask their own questions. Though endorsing the overall notion of philo-Semitism, some raised concerns that a Jewish heritage month, if implemented, will amplify envy of the Jewish success and provoke greater tensions. After all, the Black History Month initiative has been accused of incentivising victimisation and resuscitating communal divisions. Carr’s answer was as follows: such an educational initiative should not be about oppression, but about achievements. So many ideas we take for granted are rooted in Judaism – take the concepts of rest days and unalienable human rights, for example. If we teach these ideas, their origins also deserve to be taught.

As for anti-Semitism, it is irrational and inconsistent: Jews have been despised for being rich and being poor, being capitalist and being socialist historically. It is about the perpetrator, not the victim; our focus should therefore not be introspective but aimed at those who use anti-Semitism as a “tool for profit”. A Jewish heritage month does exactly that; it projects the good in Jewish culture, rather than engaging in a whimsical apologetic search to explain why anti-Semitism persists. Anti-Semites merit no apologies; they must be met with hostility.

During the questioning period, Carr also reiterated the need to merge the pro-Israel and the pro-Jewish advocacy groups both on university campuses and beyond, in addition to building bridges between other groups and the philo-Semitic cause. If we cannot explain to others why they should support Israel, then we would likely accomplish little in our advocacy for its rights and recognition. He similarly implored us never to stop fighting, and the webinar’s listeners will no doubt internalise these wise messages.

The Pinsker Centre would like to thank Elan Carr and Dr Melanie Garson for donating their time. The Pinsker Centre is a think-tank based upon the values of debate, discussion, and dialogue; opening the conversation on Geopolitical issues facing the Middle East and the State of Israel. 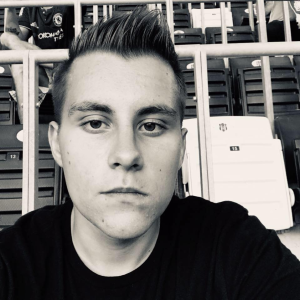 In Conversation with Ed Husain and Colonel Richard Kemp