Morgan Duval Richards, writing on behalf of the Caerulean, caught up with David Starkey over the phone to discuss the government’s response to the Coronavirus pandemic. From isolation in the country, Starkey, with his trademark frankness and eloquence, sheds light on the economic and social difficulties facing both the British and European political establishment. From Keir Starmer to the fracturing EU, Starkey shares his thoughts on this turbulent year.

Many people took Boris’ return speech as an attack on those Ministers pushing for the PM to open up as much of the country as possible in the coming days, do these ministers have any way of bringing the PM round?

Probably not. The Prime Minister has had a near-death experience, and by its very nature, that is a life-changing experience. Boris was already a sentimentalist at heart (as we can see by his encounters with women) and he is now fully signed up to “Our NHS”. There are wonderful people in the NHS, but it isn’t and the management is poison. Public Health England bears more responsibility for the lack of PPE than the government for example. The decentralised and partly private systems in South Korea and Germany have performed far better.

The Conservative party is now totally transformed into the party of big government, a trap we only escaped after the Second World War because Churchill understood when to break rules. And worse, the scientists are on top, not on tap as they should be.

A lot has been made of the need to ease lockdown to resume non-coronavirus medical treatment (i.e. cancer), but perspectives pointing out that economic damage will cost lives are currently on the fringe – do you agree with those arguments and do you think they will run out?

Well, it’s self-evident that this is an economic catastrophe. David Goodheart has said that this is another Diana moment of mass sentiment and the economic cost seems to have been forgotten. People have joked for years that the NHS is a national religion, but it’s never been so true. We now have a weekly religious observance, hanging out of our porches to clap and hoot at rainbows like some ancient tribesmen.

It’s absurd to say that only life matters, that is completely irrational. The NHS, which was founded on rationing healthcare, has a unit for a year of life adjusted for quality (the Qaly), and it will not pay more than about £30,000 for one of these units. This is the unsentimental attitude which we need.

Our current issues can be summed up with 3 S’s; Sentimentality, sensationalism, and statistical failure; 1700 people die on a normal day anyway, and the way that the press has behaved is appalling. The Government and its extremely sentimental leader are being led by an out of control media which is spreading despair.

The Chancellor, Rishi Sunak, is clever, but lacking a political base. Therefore, he has no independent political voice. Even so, the Government is now racking up stupendous debt to fund its promises so there will be a desire to reopen the economy soon.

It’s possible that the government (at the same time as running up those debts) has made lockdown too easy. Many people are quite enjoying their holiday on nearly full pay and have no desire to go back to their jobs in a hurry. But fundamentally there need to be jobs to return to. Also, some of the closures are nonsensical, garden centres and museums are far less crowded than supermarkets.

Protecting the NHS at all costs is getting it the wrong way around. We will be left as a healthcare system that possesses a country, like a twisted version of 18th century Prussia, an army that possessed a state. If the right continues to be silent people will be demanding a permanent national food service soon and the demands will be limitless.

Given public compliance with and support for the lockdown, it could be quite politically difficult for Boris to ease lockdown in the next few days, either to protect the lives of people with other conditions or to protect the economy – how can he handle these risks well?

Does he even want to? It doesn’t seem like it based on the rhetoric coming out of number 10. The conversation has to shift, and these problems comes from a failure to spell out basic points – such as the need to actually pay for the NHS and unemployment schemes. The government’s behaviour totally justifies Corbyn’s magic money tree economics. There has been a failure to spell out the cost including the loss of life from the pausing of all other medical treatment. It would be helpful if statisticians were to analyse the excess deaths and see how many of them are from the shutdown, only then will the public mood change. Failing that, we would need to put a full-English-breakfast variety of different cancer sufferers on Good Morning Britain to shift the debate.

Kier Starmer has to undermine the support for the government, while also appearing not to be an opportunist – has he done so thus far in your view?

He’s begun quite well, although no one could accuse him of being formidable. So far he has struck a decent note, he has displayed the mandatory niceties to Boris regarding his illness and his new child, it could be a return to semi-civil politics. That said, Starmer hasn’t quite captured the moment, and I doubt that the public want a lawyer – my next article in The Critic will be on the manifest unsuitability of the expert as a political leader. At any rate, since there is no political alternative to big Government, and the Tories have already seized that ground, he is likely to fail.

There appears to be evidence that Germany has undermined its good early work by easing the lockdown too early – might this lead Boris to lifting restrictions too late?

Very possible, the pressures on the Government not to lift the lockdown are very strong. Sweden is the only country who has dealt with this sensibly, we ought to have been more like them. We only have a serious outbreak here because of London, which along with New York (also a hotspot) is one of the twin capitals of the world. We need to get over the virus being here and find a middle ground or else resort to economic autarky.

I hate to sound heartless, but the lives of those already close to death in care homes are not equally valuable to those of the healthy. We need to start saying these things, and we need to start offering resistance in the debate on care that will follow this outbreak as well. A National Care Service would treble the costs of the NHS, we simply cannot afford it. 90% of health expenditure on a person occurs during the last year of their life; we were right to oppose the way Fascist leaders treated the sick after WW2, however, can we really extend lives and the budget indefinitely?

Support for “Italexit” has surged by 20 points to a 50/50 split in the last month – are Italians justified in feeling abandoned by the EU and can the EU recover when the virus is gone?

Italy is in an impossible position, there has been no EU response, Nations have taken the lead. As well as nations, local governments like Andy Burnham (Mayor of Manchester) and Andy Street (West Midlands Mayor) and certain US governors – although the Mayor of London should have done more. International structures have been utterly useless, Germany and The Netherlands have turned the Euro into a straitjacket for Southern Europe.

The particular tragedy for Italy is that the region worst hit by the virus is also their most prosperous, and this has occurred due to the close links between Northern Italian manufacturing and China. A malign scriptwriter couldn’t imagine that Italy’s tragedy would be a direct result of China’s new silk road initiative.

As far as “Italexit” goes, it would cause unthinkable economic damage; on the other hand, what was unthinkable 5 months ago is now a dent in a sinking ship, so this might be the perfect time to rip the plaster off. The EU itself is now deeply imbalanced, Macron is deeply wounded and is clinging onto power in a France which is well and truly part of “club Med” not the Franco-German dual engine of the EU. The French are holding onto their pride based on a narrow “lead” in deaths over the UK, and Germany is likely to be more inflexible with France, especially if Merkel is eventually replaced by a more hard-line leader.

Sadly, it looks bad everywhere, except for those arrogant Kiwis! 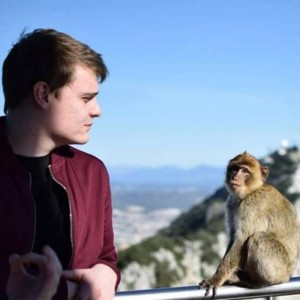