In 2019 I was elected to be the only non-Marxist NUS delegate for UCL. The Marxist Student Federation was really coordinated in campaigning and getting their members elected to represent their universities (but primarily their ideology) at the NUS. When I attended the delegate training at the UCLU alongside the former president of the UCL Marxist Society, I had hoped that it was a uniquely ‘UCL problem’ that most of our delegates were wearing red stars on old-fashioned newsboy hats, and carrying huge red books with the name ‘Lenin’ written in gold on the cover. But soon after arriving to the National Union of Students (NUS) Conference in Glasgow, I had to accept the fact that many other universities (e.g. SOAS and Sheffield) were having the same issues.

As far as I recall, there was only one person during the conference which had tried to advocate for anything remotely connected to the political right. On the contrary, countless speakers started their speeches with ‘I joined the NUS to bring down the Tory government’. The unusual ideological purity and the clear left-wing bias of the conference created a truly revealing scene on the second day of the event. During the conference, it was a typical for speakers to get up on stage only to congratulate certain politicians for their achievements. Bernie Sanders and Jeremy Corbyn were praised several times during the conference.

However, on the second day, something unusual happened. One of the delegates stood up and congratulated Benjamin Netanyahu for winning the elections in Israel (the election had taken place during our stay in Glasgow, so the delegate was reflecting on the fresh results.) Many students immediately left the room. By the end of the day, it turned out that one of the Muslim girls was so distraught that she had left the room crying, with many of the other Muslim students following her, trying to comfort her. Appealing to the grievance of this young lady, who said she left in tears because she did not feel safe anymore at the conference, the speaker was asked to apologise. What did he do, I ask? It was clear that he did not mean to cause offence. He just followed the norms of the conference, in which many politicians had been complemented earlier.

One day later, on the last day of the conference, the same delegate (who was asked to apologise) ran for one of the positions at the NUS. As part of his campaign he had to give a speech to the assembly where all the delegates were present. He had barely started his speech when a few dozen of students, in the middle of the first rows, stood up and turned their back to the stage where he was speaking. Within seconds, much of the room followed suit, essentially boycotting him from continuing his speech and ending his campaign. The premeditated nature of the protest could not have been more obvious.

While I was sincerely surprised by the turn of events, it is clear that the NUS has a long-standing record with anti-Zionism, perhaps even with anti-Semitism. While the NUS has condemned Israel multiple times (just as they did with UKIP), in 2014, the NUS failed to condemn ISIS. It claimed that the ‘wording’ of the motion was unclear and that they rather not pass it, in order to not hurt the feelings of Muslims. It happened not long before Malia Bouattia was elected as the UK’s National President. This president made several disturbing comments on Israel and on the Jews, and her comments were described as ‘outright racism’ by a cross-party Home Affairs Select Committee of the House of Commons. However, when called to resign, and several universities disaffiliated from NUS in protest, she was allowed to stay on as National President (denying any accusations of anti-Semitism) just to go on to lose an election against Shakira Martin in 2017 (under whom the NUS was nearly bankrupted, going £3 million into deficit). The previous National President, Zamzam Ibrahim had to clarify many of her tweets as they were found to be ‘fanatically Muslim’. One of her tweets reads as follows: “If I was President I’d oppress white people just to give them a taste of what they put us through! LMFAO.” In her defence, she said she was young when she wrote her tweets (only 16 years old), and that her current beliefs do not resemble the ones she used to have.

I came to a striking realisation about what the major problem behind the NUS was. I came to understand that the vast majority of the delegates came from a minority background. While there was a significant group of Marxist students, there were also gay, Muslim, and other minority groups who had banded together. They were well-organised, having their candidates running for major roles, giving an almost clientelist look to the conference. On the one hand, I do think that encouraging everyone, from all walks of life, to become a delegate is important. On the other hand, I do not think that it is justified that we dedicate the only platform for student politics in the UK to exclusively listening to the grievances of different minority groups. The NUS is supposed to give a voice to every student in the country who needs support, yet there were hardly any resolutions passed concerning the average middle-class British student. Most of the resolutions were deliberately connected to one of the minority groups. For instance, notions supporting students with mental health issues were not tailored to fit every student, rather smaller groups were highlighted. It was claimed that they are the ones who needs support, thereby suggesting that others could simply get by. It was truly upsetting, since most of the resolutions could have been easily formulated in a way that actually spoke for all students, but obviously this was not the aim. The goal was to emphasise the grievances of a specific group, instead of coming up with a solution for all.

My experiences made me think about how we ended up in such a situation. I came to a simple conclusion. During the election for the Cambridge NUS delegation, only 7.1% of the eligible voters cast their ballot. Whilst I could not find the figures for the UCL turnout, I doubt that it was any higher. If there is such a disinterest (and lack of knowledge) about the NUS, small groups can easily elect their own candidates if they are committed enough to coordinate their actions and vote. Therefore, the situation is partly the uninterested majority’s fault. There can be no democracy without popular participation.

Given that today UCL’s largest political society is the Conservative Society, if we wanted we could have easily taken all the NUS delegate roles from the Marxists, who have only 41 members. But this did not happen. And I myself have also refused to run for NUS delegate ever again. I refused because I felt uncomfortable, alienated, and unwelcomed as a conservative student. I thought my participation at the conference was pointless. Why fight and humiliate yourself in a hostile environment when you can enjoy a Port and Policy among your fellow conservative friends? The problem with my new approach, which is the approach that I am afraid most of Conservative students have, is that it further escalates the problem. The fewer of us that participate in the NUS, the more conservative youth will decide to stay out of NUS. This gives away our only chance to influence national politics as students. It brings up the question: should young Tories consider this issue as an already lost cause? Or should we organise ourselves, as Tory societies, to have our members standing as NUS delegates? Thus, dedicating these candidacies for making a case for conservatism at the NUS on the national level of student politics in the United Kingdom. 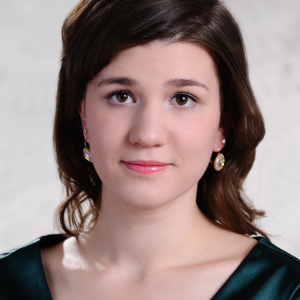 We're back, kicking of 2022 with a fiery intercoll

We are delighted to confirm that Tom Tugendhat MBE

After an extremely tight election, we are delighte

History Remains Even After the Statues are Gone